John Faine, then of ABC Melbourne, interviewed Susan Wyndham, Margaret Rice and Chris Hall on 24 October, 2013. That interview is just as relevant today as it was back then.

Today I planted cuttings from my father’s garden to remind me of him. I had taken them from his garden at his house, before he and Mum moved into a retirement village. As he lay in palliative care, I told him my plans to plant the Pentas I had taken the year or so before. He replied, “They have beautiful flowers”.

I will nurture and nourish the cuttings as they grow into something beautiful. He loved gardening and I can remember him by the flowers and feel close to him when I am in the garden. It is my tribute to Dad as I reflect on him, not only as my father, but as a person who moved through the world and had his own impacts on the world.

Upon  my return from the garden I listened to the ABC’s Conversation Hour Forums A Tribute to Parents with Jon Faine. He interviews Margaret Rice, Susan Wyndham and Chris Hall as they reflect on the death of a parent and pay tribute to them. Margaret and Susan are contributors to My Mother, My Father: on losing a parent published by Allen and Unwin.

Susan Wyndham, the editor of My Mother, My Father, is an author and the former literary editor for the Sydney Morning Herald. Chris Hall is a psychologist and Director of the Australian Centre For Grief & Bereavement.

The book that brings the writers together was prompted by Susan Wyndham’s sudden death of her own mother.

“When my mother died in August 2011, I was caught in such a violent collision of emotions that I couldn’t make any sense of her death or see that I would every emerge from the chaos of grief,” Susan writes.

“Some of my friends suggested I keep a journal about the experience as a record and a way to seek some understanding, but for a long time I couldn’t even begin to translate my thoughts into coherent words on a page. Instead I went looking for writers who had already found the words for me.”

Margaret tells Jon Faine that every experience and every death is different and that’s because every person is different. Margaret is a journalist and writer, author of A Good Death and founder of this website you’re visiting, Good Grief! At the time of the interview Margaret was writing her own book A Good Death: A Compassionate and Practical Guide to Prepare for the End of Life, also prompted by her own mother’s death and then her brother’s.

Published in 2019, Margaret describes the book as “a guide to facilitate the much needed conversation and provide resources for grief management and palliative care”. 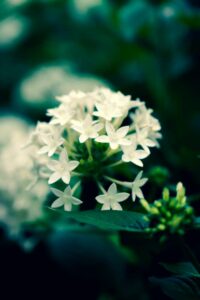 In my own experience, holding Dad’s hand as he died in COVID-19 times was certainly unique but one that allowed us to stay with his body. Jennifer Briscoe-Hough, Director and General Manager of Port Kembla’s Tender Funerals says: “Many argue it is cathartic to be with the dead body of someone you love and that it helps people manage their bereavement better. I know that being able to put my hands on the dead body of someone I love helps my body understand that they have gone – it’s a cellular communication.”

I, for one, was lucky to experience that.  And I will pay tribute to Dad every time I put his garden gloves on and get into my garden, tending his beloved Pentas.

Dad was buried in lockdown and it was tough. Read about the impact here.

For another fascinating read, check out A Matter of Life and Death: 60 Voices Share their Wisdom, a powerful book of writing on death, edited by Rosalind Bradley.

“The seed was sown by my mother’s sudden death while she was staying with us in Australia, on holiday (from England).” Rosalind says.

“It was a few days after 11 September 2001. One day we were strolling around the Sydney Opera House, the next day she was in an emergency department following a cardiac arrest. I can still recall the physical and emotional numbness I felt that day and for many months afterwards.”