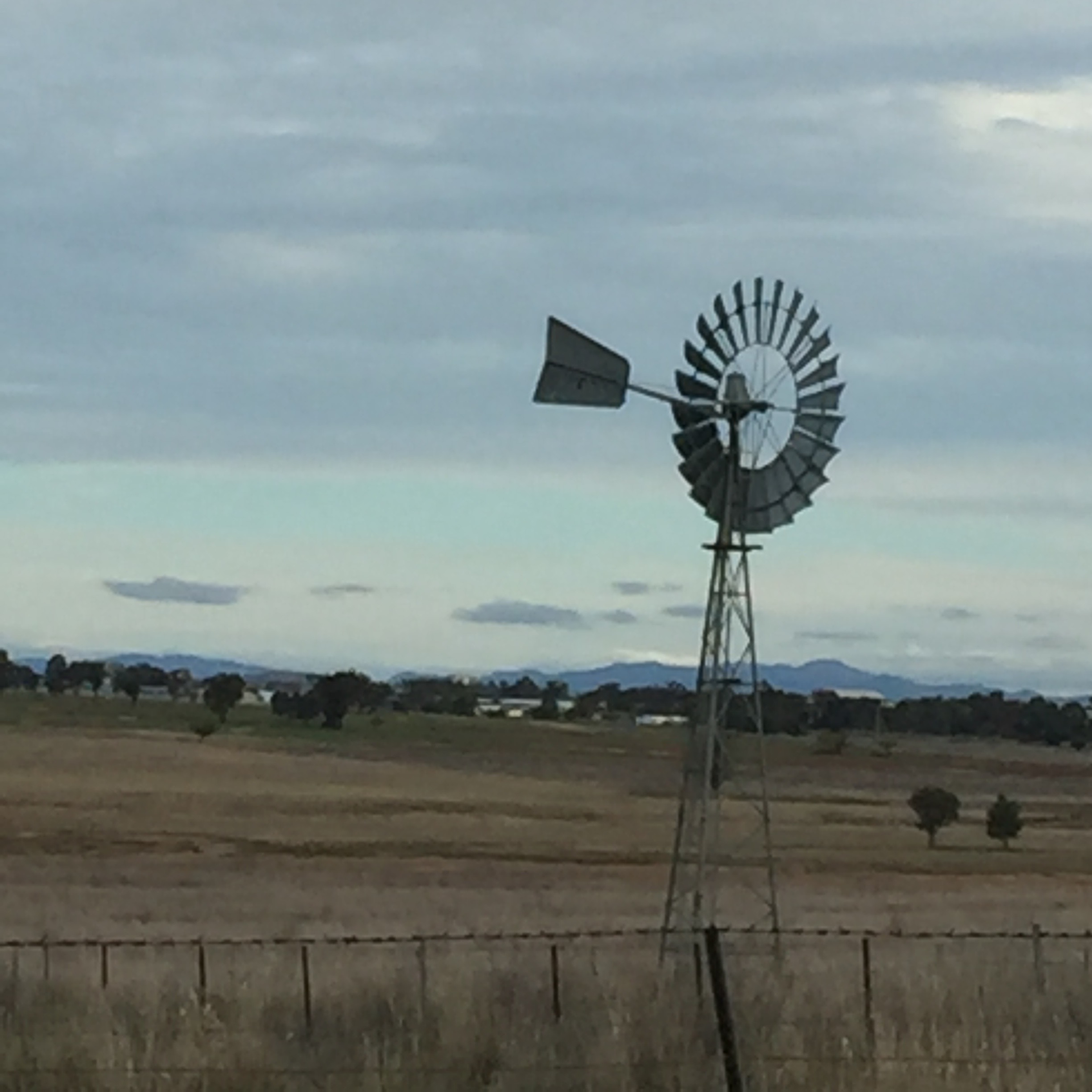 I wrote this goodbye to my brother’s farmhouse, when his family moved back into town in June 2016, a few years after his death. Glad to say, his brood have all moved forward and are building strong lives – guided, I’m guessing, by a strong sense of him. Happy Christmas dear Julian! Thinking of you now.

Julian was in the sentinel trees which mark the spot of entry, where he first invited me to his country, his place, on the Old Winton Road.

He was at the corner of Jenner’s Lane where his widow Marie and I walked, before we turned towards the Baiada poultry yards and the chooks called out to us, beseeching us not to be angry with God for taking him too soon.

He is no longer lurking in the audacious ‘Hay for Sale’ sign, that sits beside long spears of grass and sight-blocking trees, ready to taunt us as we pass – too close to that dreaded and ambiguous intersection of private and public roads.

He is no longer in the proud but dishevelled country cottage, with its path of red bricks and the heater disassembled on the living room floor. Nor is he in the garage where firewood is now being dispersed and chopped by Wayne, and where bits of old motorbike lay hidden.

Today, for a matter of only hours, he was in the mournful Leonard Cohen melodies that sang out as I criss-crossed the Oxley Highway and drove down the Wallamore Rd, taking a hodgepodge of belongings, bric-a-brac and boxes of Christmas trinkets, marked ‘green tinsel’ to his family’s new place at the northern end of town.

As his spirit dispersed this morning, it latched on for a minute to my aching belief that if only they’d moved to this trim little cottage, so close to the school where he worked, but still with echoes of the old Australia he was chasing, we would never have had to say that permanent goodbye.

And then he left.

My brother Julian now resides in his widow’s subconscious twist of the neck, in his eldest son’s shy smile, his daughter’s sassy tattoo; in his youngest son’s long foot with its bony toes. If chaos comes and mayhem rules it will no longer be his gentle, goofy, smiling sort. It will be something else, entirely new.

But I will still see him in windmills, scattered about the countryside, those lumbering ageless souls, who suck in air to make blades rotate as they pump the water below, their life-force, like my dear brother’s, drawn unseen yet purposeful across the landscape.